I am sharing with you an email below received from my friend Croix Sather. It can bring about an amazing change in your life. Read on …..

I met a man today. He grew up in the hood and has been in and out of prison all his life. He has had drug problems since he was a young teen.

He had been trying to find his way but failure after failure plagued him.

But one day something changed. He realized that things COULD change. You don’t have to know how you can change, you just need to believe it is possible.

In prison he learned a trade. It was more of a hobby of making things. Others loved his work. That gave him the idea to start a business. That is when he found his purpose and his power.

He is now clean from drugs, out of prison, and following his passions of making jewelry and sharing his gospel of change.

He told me that his chaplain gave him my book Dream Big Act Big. He read it while on the toilet, chapter by chapter. I wish he didn’t tell me where he read my book. LOL. When he finished the book, he read it again and followed the formula for success.

He decided he would call me. He was surprised that I answered the phone. We spoke for 45 minutes as he told me his life story and his rise out of the depths of his hell.

While he was speaking he recited parts of my book to me.
He was evangelizing me using my words.

He said it was an honor to talk with me, but the reality is that it’s my honor to speak to him because many people want change and talk of change, but most never change much at all.

This man is the master of his faith.

I recently received a message asking how I can do the things I do without fear. The reality is that fear is often there. The difference is taking action in the face of the doubts in your mind.

Like all new things. It will be uncomfortable at first. Others will tell you that it cannot be done. But the reality is that anything is possible when you commit to a new life.

To an amazing change in your life, 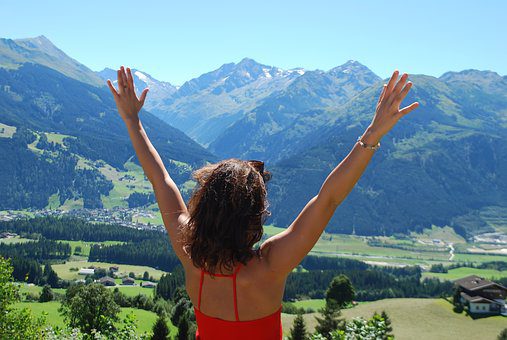